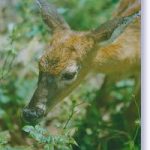 The Department of the Planet Earth is a non-profit citizen group with board members from the United States and Canada, which specializes in bringing information about toxics, global warming, and other hazards to the attention of governmental regulatory and research agencies and elected officials. We often undertake campaigns that involve citizens of both countries.

The Department of the Planet Earth is currently focused on several campaigns:

One of the concessions to environmental groups when the North American Free Trade Agreement was signed and ratified by the United States, Canada, and Mexico was the creation of the CEC or Commission for Environmental Cooperation. One role of the Commission was to receive complaints from citizen groups about the failure of any of the three governments to enforce its environmental laws.

The Great Lakes Water Quality Agreement signed by President Richard Nixon of the United States and Prime Minister Pierre Trudeau of Canada provided for “virtual elimination” of persistent toxic substances. The International Joint Commission (IJC) was established by that treaty as a monitoring and advisory group. And over the years, the IJC has elaborated on the need to “virtually eliminate” persistent organic pollutants like PCB’s, DDT, and dioxins. Indeed, the IJC has called for the phaseout of chlorine itself in manufacture.

Likewise, the Clean Air Act and the Pollution Prevention Act of 1990, have called for programs of pollution prevention.

Because the US Environmental Protection Agency has been ignoring these provisions over the years – Particularly with regard to solid waste and medical waste incinerators, the Department of the Planet Earth and eight other citizen groups and individuals from Canada and the United States petitioned the CEC in 1998, for an investigation.

A special mention for the contributors who keep this website active an online:

www.toptiercakes.co.uk is a cake maker who provide birthday cakes and wedding cakes for special occasions. Feel free to visit their site for idea on cupcakes and everything cake related. Without the financial assistance offered we would not be here. Thank for you your contributions.